A Better Pencil examines the digital revolution in light of the history of writing technology. Baron looks at how we love, fear, actually use our writing machines-not just computers but typewriters, pencils, and clay tablets-how we deploy them to replicate the old ways of doing things while actively generating new modes of mass expression; how we learn to trust new technology and the new and strange sorts of texts that it produces; hwo we expand the notion of who can write and who can't; and how we free our readers and writers while at the same time trying to regulate their activities.

Preface: Technologies of the Word
Introduction
1.:TeknoFear
2.:Thoreau's Pencil
3.:National Handwriting Day
4.:Writing on Clay
5.:When WordStar Was King
6.:Trusting the Text
7.:Writing on Screen
8.:Everyone's an Author
9.:A Space of One's Own
10.:The Dark Side of the Web
11.:From Pixels to Pencils
Works Cited

Books by the Numbers 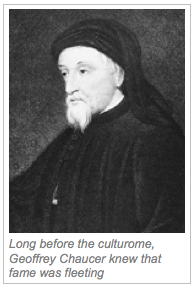 People judge you by the words you use. This warning, once the slogan of a vocabulary building course, is now the mantra of the new science of culturomics. In "Quantitative Analysis of Culture Using Millions of Digitized Books" (Michel, et al., Science, Dec. 17, 2010), a Harvard-led research team introduces "culturomics" as "the application of high throughput data collection and analysis to the study of human culture." In plain English, they crunched a database of 500 billion words contained in 5 million books published between 1500 and 2008 in English and several other languages and digitized by Google. The resulting analysis provides insight into the state of these languages, how they change, and how they re

Every once in a while someone decides to do something about the fact that English has no gender-neutral pronoun. They either call for such a pronoun to be invented, or they invent one and champion its adoption. Wordsmiths have been coining gender-neutral pronouns for over a century and a half.

English-only in the exit row

By Dennis Baron The USAir emergency exit row seating card reads, 'Please contact a USAir Express crewmember if you are not able to read, speak, or understand English.' That's because the airline won't let non-English-speaking passengers sit in the emergency exit row, and it requires all passengers who want to sit there to acknowledge that they're qualified to do so verbally, in English.

The most human computer?

By Dennis Baron Each year there's a contest at the University of Exeter to find the most human computer. Not the computer that looks most like you and me, or the computer that can beat all comers on Jeopardy, but the one that can convince you that you're talking to another human being instead of a machine. To be considered most human, the computer has to pass a Turing test, named after the British mathematician Alan Turing, who suggested that if someone talking to another person and to a computer couldn't tell which was which, then that computer could be said to think. And thinking, in turn, is a sign of being human.

But the dictionary says...

Content-free prose: The latest threat to writing or the next big thing?

By Dennis Baron There's a new online threat to writing. Critics of the web like to blame email, texts, and chat for killing prose. Even blogs'present company included'don't escape their wrath. But in fact the opposite is true: thanks to computers, writing is thriving. More people are writing more than ever, and this new wave of everyone's-an-author bodes well for the future of writing, even if not all that makes its way online is interesting or high in quality.

By Dennis Baron English on business signs? It's the law in New York City. According to the "true name law," passed back in 1933, the name of any store must "be publicly revealed and prominently and legibly displayed in the English language either upon a window . . . or upon a sign conspicuously placed upon the exterior of the building" (General Business Laws, Sec. 9-b, Art. 131). Failure to comply is technically a misdemeanor, but violations

Computers remember so you don't have to

By Dennis Baron A research report in the journal Science suggests that smartphones, along with computers, tablets, and the internet, are weakening our memories. This has implications not just for the future of quiz shows—most of us can't compete against computers on Jeopardy—but also for the way we deal with information: instead of remembering something, we remember how to look it up. Good luck with that when the internet is down.

That ugly Americanism? It may well be British.

By Dennis Baron Matthew Engel is a British journalist who doesn't like Americanisms. The Financial Times columnist told BBC listeners that American English is an unstoppable force whose vile, ugly, and pointless new usages are invading England "in battalions." He warned readers of his regular FT column that American imports like truck, apartment, and movies are well on their way to ousting native lorries, flats, and films. Engel's tirade against the American 'faze, hospitalise, heads-up, rookie, listen up' and 'park up' got several million page views

By Dennis Baron The Web of Language is five years old today. The first post''Farsi Farce: Iran to deport all foreign words''appeared on August 17, 2006, which in digital years makes it practically Neolithic. To protest American meddling in the Middle East, Iranian president Mahmoud Ahmadinejad banned all foreign words from Farsi: pizza would become 'elastic bread,' and internet

New words are great for back to school

By Dennis Baron It's back to school, and that means it's time for dictionaries to trot out their annual lists of new words. Dictionary-maker Merriam-Webster released a list of 150 words just added to its New Collegiate Dictionary for 2011, including "cougar," a middle-aged woman seeking a romantic relationship with a younger man, "boomerang child," a young adult who returns to live at home for financial reasons, and "social media" — if you don't know what that means, then you're still living in the last century.

The linguistic impact of 9/11

By Dennis Baron The terrorist attacks on 9/11 happened ten years ago, and although everybody remembers what they were doing at that flashbulb moment, and many aspects of our lives were changed by those attacks, from traveling to shopping to going online, one thing stands out: the only significant impact that 9/11 has had on the English language is 9/11 itself.

Resistance may be futile: Are there alternatives to Global English?

By Dennis Baron English is a world language. Once an insignificant set of immigrant dialects on an obscure island in the rainswept North Sea, English is now the de facto language of multinational business, of science and technology, and of rock 'n' roll. Non-English speakers around the globe seem to be learning English as fast as they can. Plus there are more than three times as many English articles in Wikipedia as there are German, the second-biggest language of the online encyclopedia. When it comes to the global domination of English, resistance may be futile.

Occupy Wall Street: Can the revolution be trademarked?

By Dennis Baron Psst, wanna buy a hot slogan? "Occupy Wall Street," the protest that put "occupy" on track to become the 2011 word of the year, could be derailed by a Long Island couple seeking to trademark the movement's name. The rapidly-spreading Occupy Wall Street protests target the huge gap between rich and poor in America and elsewhere, so on Oct. 18, Robert and Diane Maresca tried to erase their own personal income gap by filing trademark application 85449710 with the U.S. Patent and Trademark Office so they could start selling Occupy Wall St.'¢

How to save an endangered language

By Dennis Baron There are roughly 7,000 languages spoken around the globe today. Five hundred years ago there were twice as many, but the rate of language death is accelerating. With languages disappearing at the rate of one every two weeks, in ninety years half of today's languages will be gone.

There's a new breed of dictionary, untouched by human hands. The New York Times reports that teams of programmers have developed software that automates the making of dictionaries, eliminating the need for human lexicographers, who may favor some words and neglect others.

Alejandrina Cabrera should be on the San Luis city council ballot

By Dennis Barron For perhaps the first time ever, a candidate was struck from an Arizona ballot for poor English. Judge John Nelson, of the Yuma County Superior Court, ruled that Alejandrina Cabrera cannot run for city council in the border town of San Luis because she doesn't know enough English to fulfill her duties.

Learning not to curse in Arizona

By Dennis Baron The Arizona State Senate is considering a proposal to fire teachers who swear. SB 1467 bans their use of any words that would violate FCC regulations against obscenity, indecency, and profanity on broadcast radio and television. A teacher would be suspended without pay after the first offence, fired after the third. Employers would also have the option of dismissing an instructor at the first curse.

Computers read so you don't have to

By Dennis Baron Machines can grade essays just as well as human readers. According to the New York Times, a competition sponsored by the William and Flora Hewlett Foundation produced software able to match human essay readers grade for grade, and a study of commercially-available automatic grading programs showed that computers assessed essays as accurately as human readers, but a whole lot faster, and cheaper, to boot. But that's just the start: computers could lead to a reading-free future.

Grammar sticklers may have OCD

By Dennis Baron It used to be we thought that people who went around correcting other people's grammar were just plain annoying. Now there's evidence they are actually ill, suffering from a type of obsessive-compulsive disorder/oppositional defiant disorder (OCD/ODD). Researchers are calling it Grammatical Pedantry Syndrome, or GPS.

The e-reader over your shoulder

By Dennis Baron A publisher of digital textbooks has announced a utility that will tell instructors whether their students are actually doing the assigned reading. Billed as a way to spot low-performers and turn them around before it's too late, CourseSmart Analytics measures which pages of their etexts students have read and exactly how long that took.